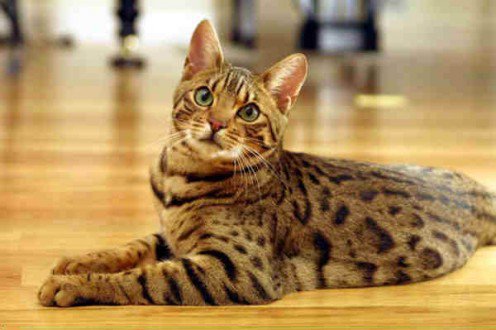 Thanks for following along! So, to recap… I want to create RecycleVision – an app that will recognize recyclables and let you know which bin to put them in. I got this idea at Dreamforce this year after watching a lot of volunteers just standing around by trashcans instructing people on what they could and couldn’t recycle.

Step 1 was tackling this Build a Cat Rescue App That Recognizes Cat Breeds project on Trailhead. I just finished it and I gotta admit, its pretty cool. I can upload pictures to records and Einstein Vision recognizes the image and then fills a field saying which cat breed it is. Its pretty awesome… but I also have NO CLUE how it works. A lot of the Projects on Trailhead are like this. You build really cool things, but you are doing a lot of copying and pasting code and it doesn’t actually explain what that code does. I created a new apex class and two Lightning Components. I’ll have to spend the next couple of days trying to dissect those to see what they are actually doing. One of those components was the interface for creating and training the Einstein Vision models. That one will probably be pretty neat to look at more, but I imagine I’ll be reading A LOT of documentation in order to translate what its doing.

This project is pretty cool, and also fairly similar to what I want to achieve in the end, with a few changes. This project reviews uploaded images and compares them to the model in order to classify them. RecycleVision will need to analyze live images – think holding your waste up to a web cam and instantly getting feedback on what to do with it. This project also uses automation to post to Chatter Groups when a new image is classified. With RecycleVision, it would be awesome to send an Outbound Message to actually pop the lid of whichever receptacle you should place the item into, but also just like flashing a message on the screen with where you should put it would be a good first step.

Anyway, a baby step to get to where I want to go – but a step in the right direction! I’ve started putting together a Trailmix here of other badges I want to do as part of this learning journey, including another Image Classification project and also some Application Development learning.

This site uses Akismet to reduce spam. Learn how your comment data is processed.